Read 20 minutes and record your time.

Social Studies: The Westward Movement Study Guide is due tomorrow.

Check your grades and catch up!

You should work on Reflex until you get to a green light.
Posted by Ms. King at 4:31 PM

Read 30 minutes and record your minutes.

Art:  Color your picture and turn it in next Monday. 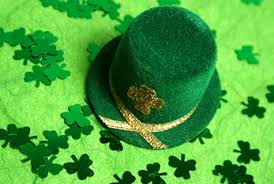 Read 30 minutes and record your time.

Math: Worksheet 6-5 both sides and 6-6 Remembering

Vocabulary: Study the words for the Preamble

Read 30 minutes and record your time.

attract: to draw together

battery: a device that generates electricity by combining certain chemicals

complete circuit:  a connected pathway through all the parts of circuit

conductor: materials that allow electricity to pass through them easily

incomplete circuit:  a circuit with a gap through which electricity cannot

insulator: materials that do not allow electricity to pass through them

load: an item that uses electricity; for example, a light bulb or fan

pathway:  a course through which electricity can flow

power source: a device that supplies electricity to a circuit such as a batter, a solar cell, or a generator

static electricity: the collection of electrical energy (a charge) in one spot

switch:  a device that immediately changes a circuit from complete to incomplete

compass:  an instrument used to determine geographic direction on Earth

electromagnetism:  the magnetism produced when an iron core is magnetized by an electric current passing through a wire that is coiled around an iron core

magnetic field: an area around a magnet where the magnetic force exists

magnetic force: the push or pull of a magnet on another magnetic material

permanent magnet: an object that keeps its magnetism after it has been magnetized

temporary magnet:  a magnet that does not keep its magnetism
Posted by Ms. King at 3:43 PM

Reflex: Green light (This is not a requirement for tonight.)

Writing: For those of you who have been absent. Work on your creative story. Make sure that your assignments for Studysync are completed and submitted. Practice on Utah Write.